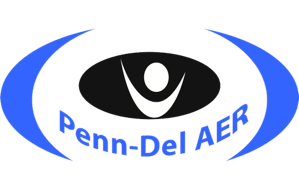 Penn-Del members are offered multiple opportunities for on-going networking and idea exchange. These opportunities are offered through our Penn-Del AER Conference. Check out our Announcements often, to plan to attend local and national conferences that may be of interest to you in your continuing professional development.

Each year, the Board of Directors elects new Directors-at-Large as well as Executive Officers on a cyclical basis. Directors-at-Large serve three years and are identified based on district identification as well as professional representation to maintain a diversified Board that is representative of its membership. Officers serve two years. Active participation from the general membership on Committees and Sub-Committees (i.e. attending district meetings) are avenues for leadership opportunities and to connect professionally to the chapter organization. A Call of Nominations is initiated by the President, looking to develop a slate to fill the on-going needs of the Board.

Nominations for open Board positions are voted upon each year at the General Assembly, the chapter meeting held for the general membership during the Penn-Del AER conference. If you and/or a colleague you know would be interested in participating in this award winning chapter, please contact the Penn-Del AER Secretary. We are always interested in adding new talent, so get involved! General members are encouraged to join committees and subcommittees to work with the organization as the mechanism for Board nomination.